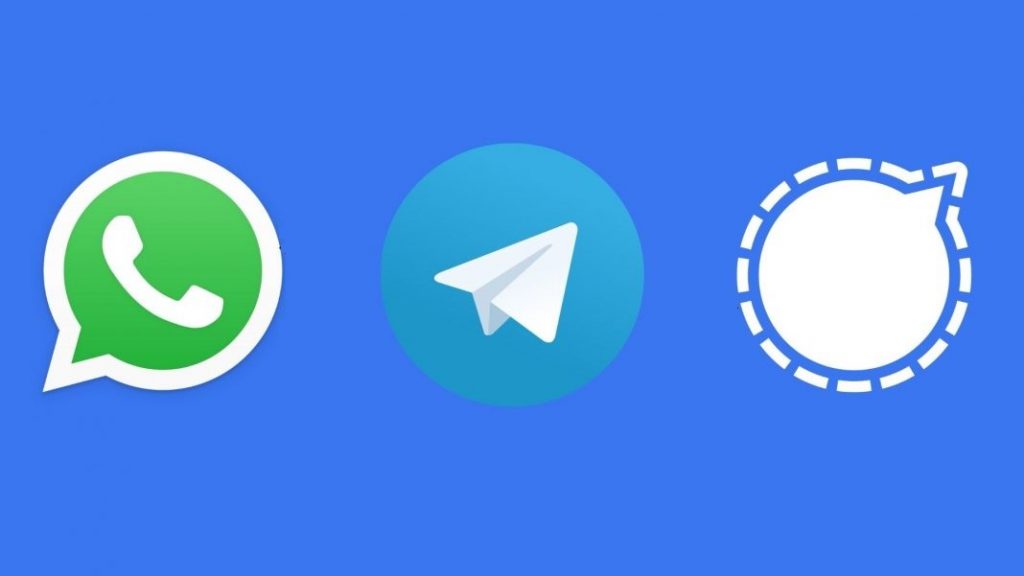 With intention What’s Up Transferring the service policy to the fund of the parent company Facebook, this resulted in a mass exodus to other messaging platforms, to the extent that the company felt the need to display full ads, until it came to Postponement This step is for the next three months, and while the company is busy controlling the damage, both Telegram and Signal have benefited from it, and Telegram has the largest share as it has gained more than 25 million new users within a period of time not exceeding 3 days.

However, how sure are you that you are with Telegram or signal Will you protect your privacy? Here we explain to you exactly the capabilities of the applications in maintaining the privacy of users, to decide in the end who is the application worth using.

In the beginning, E2EE encryption is one of the features in WhatsApp, which will prevent both WhatsApp and Facebook or any other party from intruding on your messages, but with Telegram, this encryption cannot be enabled by default. To take advantage of it, you need to switch to the secret chats feature, with The argument of the developers of Telegram is that without secret chats, backup will be easier, taking advantage of some communication and sharing features that will not be possible in the upcoming secret conversations encrypted “E2EE”.

And not only that, as Telegram recently announced its own revenue model, which includes providing ads to large channels, with the company indicating that these ads will be easy to use and respectful of privacy, however, it is difficult to trust this after we have seen many companies retract their word. And with these new plans, the door can be opened to more advertisements.

On the other hand, we have the Signal application, which was invited to download by Edward Snowden, the former CIA agent, and recently, the richest man in the world, “Elon Musk” as well as the founder of Twitter “Jack Dorsey” to use Signal, which focuses entirely on the privacy of users, as well as because it includes code Open source, “E2EE” encryption key enabled by default.

It should be noted, that the encryption protocol used by the WhatsApp application, was developed by the Signal team, and most importantly, that those in charge of a non-profit organization continue to support operations from donations and not from the sale of user data.

We’re not done yet, as Signal doesn’t collect as much user data as WhatsApp does, and the app doesn’t record your IP address, even the least metadata is encrypted and hidden, so we can say it’s impossible to cut contact with it.

And to be at a distance from all applications, the makers of Telegram have always proven their strength about the privacy of users and the protection of their identities, even they resisted the FBI when it seemed to want access to Telegram, in addition to the instability at any time, that the company intruded on data Its users, and it clearly states that it does not intend to do so, of course, adding an element of trust to Telegram, that it is not owned by Facebook, which is known for its questionable morals.

At the same time, Telegram provides us with a powerful set of community features that even WhatsApp cannot match in many cases, and Signal is working hard to catch up and preparing to offer more needed features.

In conclusion, with this mass exodus and the arrogance of voices to leave WhatsApp, the latter, which includes two billion users, will not easily die, and this was indicated by the founding partner of Signal and WhatsApp, Brian Acton.

So people are likely to distribute their communications through two or more apps, perhaps Telegram or Signal in conjunction with WhatsApp, and for those who warn about the app’s ability to read messages, Signal and even WhatsApp will be better options than Telegram, but if you just want to stay away from The clutches of Facebook, both Signal and Telegram provide everything you need in the field of correspondence.