WhatsApp developers soon bring one of the features required of users, as the application supports during the coming period the use of one account on multiple devices.

The latest details about the WhatsApp application came via WABetaInfo, as the WHATSAPP team’s plans to launch the multi-device support feature for one account were revealed, as the team nearly completed developing the feature to launch it to users in the coming period. 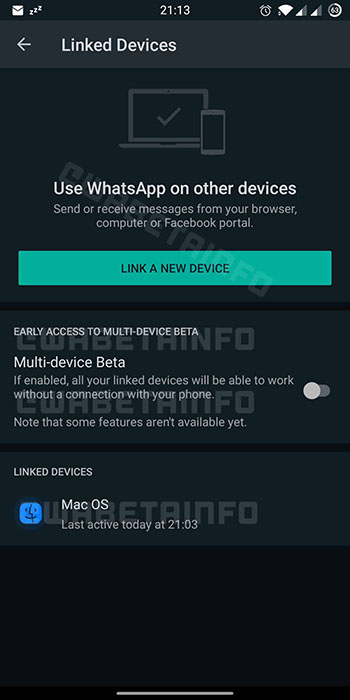 Expectations indicate that the team will soon launch a trial version of the WHATSAPP update to start testing the new feature, provided that the trial version is available on the Android and iOS platform.

Also, expectations indicate that the new WhatsApp feature will support activating one account on 4 devices, after the application was limited to operating the user’s account on one device only, with the ability to scan the code on computers and the browser application.

Can Huawei compete when HarmonyOS launches in 2021?