Sony launched the HT-G700 Soundbar Soundbar at a good pricing level with a lot of features and technologies, and in the next lines we review the features offered by Sony in the HT-G700 audio amplifiers, which are available to users at a price of $ 598. 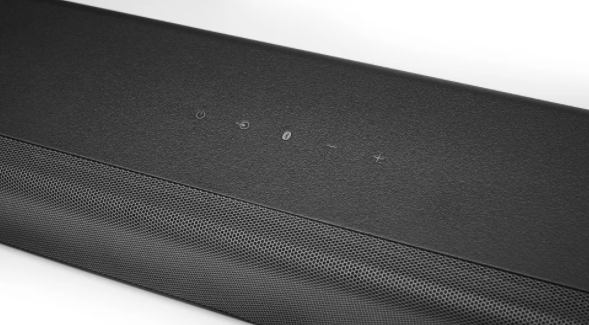 Sony supports the HT-G700 audio amplifier device with a lot of technologies and features with a good pricing level, as it features a large-sized amplifier with a smart design, and it comes with a strong design compared to the competing versions at the same pricing level.

It is also characterized by a low height, so it will not obstruct the view on the screen, and it also comes in matte black, with a black grid through which a small dot-matrix screen appears, but it will not distract the user’s attention away from the screen.

The sound bar device also includes buttons at the top, characterized by touch sensitivity, which support the user to select at the input, or control the volume of the audio, as well as Bluetooth technology.

Sony also offers a remote control unit with some buttons that support customizing audio patterns, a feature that provides user support, but the buttons are characterized by a very small size.

On the other hand, the subwoofer comes with a shiny front, with a strong design and heavier weight than expected, and is characterized by a height of 39 cm, as this design supports the installation of the subwoofer and the weight works to divert the air. 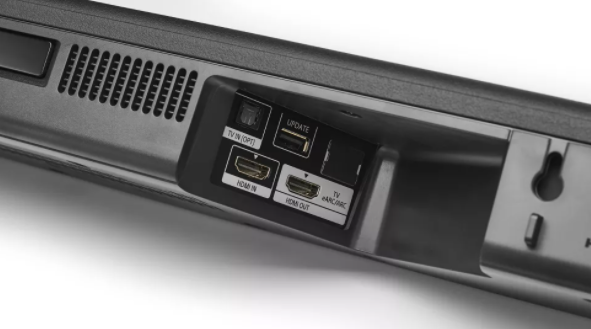 The woofer comes with a large front woofer, with an oversized reflex port to the bottom, and the sound bar features three of the 3.1 oval motors, which deliver 400W of power.

The 3.1 system in the sound bar also supports Dolby Atmos audio push thanks to the omnidirectional acoustics engine, and S-Force Pro Front Surround technology, which aims to produce multi-directional acoustics around the room. Also, the speakers are not based on bouncing acoustics off walls, thus providing multiple sounds Orientation is most effective regardless of room size or shape.

The user can also apply elevation and processing for multi-directional surround sound on a 5.1 system, or also stereo signals, using a processing process known as “AE”, as Sony confirms that the processing will upgrade the audio level to 7.1.2 channels.

The HT-G700 soundbar also comes with an HDMI output, which is compatible with eARC or Enhanced Audio Return Channel, so if the TV is compatible with ARC, it will automatically send the audio to the sound bar as an alternative to the TV’s speakers, HDMI also works. CEC is to set the communication between the two devices automatically without the need to adjust the settings.

Also, the user can control the sound level of the sound bar via the remote control unit in case the TV does not support ARC standards, and communication can be achieved via the cable attached to the HT-G700.

Sony supports the HT-G700 with an HDMI input that is fully compatible with Dolby Atmos technology, a feature absent from competing versions such as Sonos Beam, and the sound bar will also support bypassing 4K HDR signals for the TV.

The HT-G700 does not require a lot of settings, as the sound bar and subwoofer work on the automatic wireless connection, and the audio standard is also set automatically.

The acoustics level of the subwoofer can also be adjusted independently of the sound bar, and the HT-G700 also comes with a special night mode, which reduces the bass level temporarily.

The acoustics in the HT-G700

It comes with leading performance in Dolby Atmos technology, as Sony supports the device and subwoofer to reach ultra-deep and deep bass levels that Sony outperforms the competitors.

The amplifier also supports the user with an immersive experience in acoustics that will fill the room with amazing performance, as the HT-G700 simulates the sound performance of Dolby Atmos by tracking audio tracks from all directions.

On the other hand, the amplifier does not come on the same level as dedicated Atmos speakers, or distinct versions of amplifiers such as the Sonos Arc, but the HT-G700 offers an amazing level of acoustics with a good pricing level.

Also in the experience of the HT-G700 with Blade Runner 2049, there was a slight lack of clarity of sounds, but it provided amazing performance in transmitting the reverberation of sounds in Niander Wallace, and the sound bar provided great performance in other scenes with depth of acoustics, wider dynamic range and impressive performance For the soundtrack.

The Sony HT-G700 may come with a lower performance as a loudspeaker for music compared to the Sonos Beam, but the bluetooth connection with the dedicated music mode supports the user to show the tunes in its distinctive style, the device also provides deep acoustics in the bass, but it is not fully flexible, so the performance may be The audio of the Sony HT-G700 is less clear and crisp, but the heavy sound is attractive to many users. 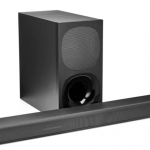 Sony offers the HT-G700 with a different experience than the premium Sonos Beam Soundbar at the same level of pricing, except that the Sony version is specifically aimed at home cinema.

Right-wing extremist plans to blow up the Amazon data center

Apple refuses to testify about the App Store

ZTE Axon 20 5G smartphone review: the world’s first phone with a camera under…