Razer introduces the Razer Viper 8K Hz mouse for gaming-grade technology HyperPolling The new or 8000 Hz super poll rate, which exceeds the standard 1000 Hz rate characteristic of most competitive versions in the market. 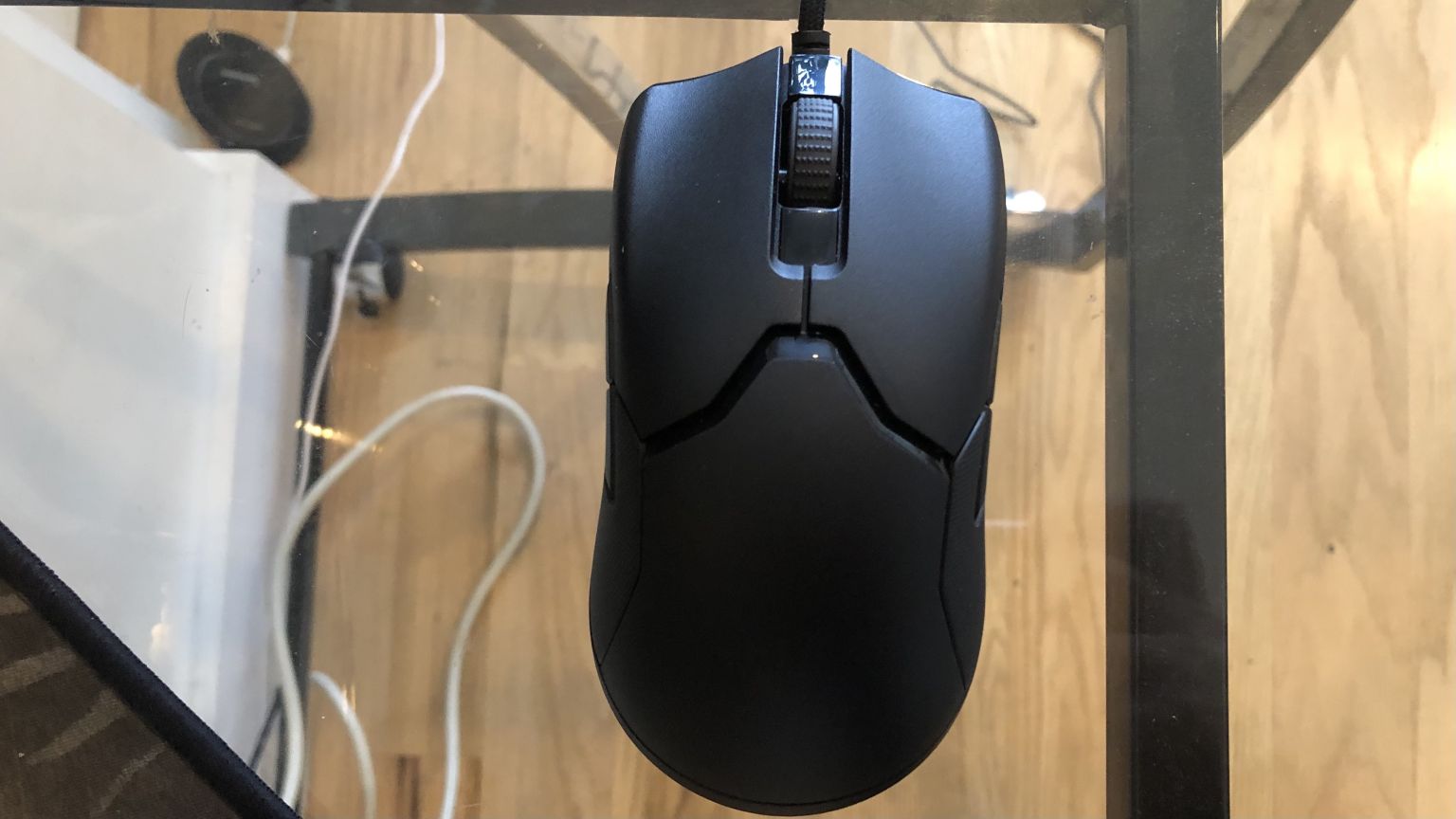 The gaming mouse often sends data to computers to locate the mouse every 1000 times every second, while the Viper 8K Hz mouse comes at a faster rate of transmitting data up to 8000 times per second.

The Viper 8K Hz mouse also comes with a faster response and a lower delay rate compared to the competition’s distinctive 1000 Hz fuses, as the latter often comes with a minimum delay of 1 millisecond, so it takes less than 1 millisecond to send data.

While the Razer mouse came at a lower rate of 0.125 milliseconds, and it is planned to support the increased polling rate for users in games with better efficiency and performance, in particular with correction and in the synchronization of correction and launch. 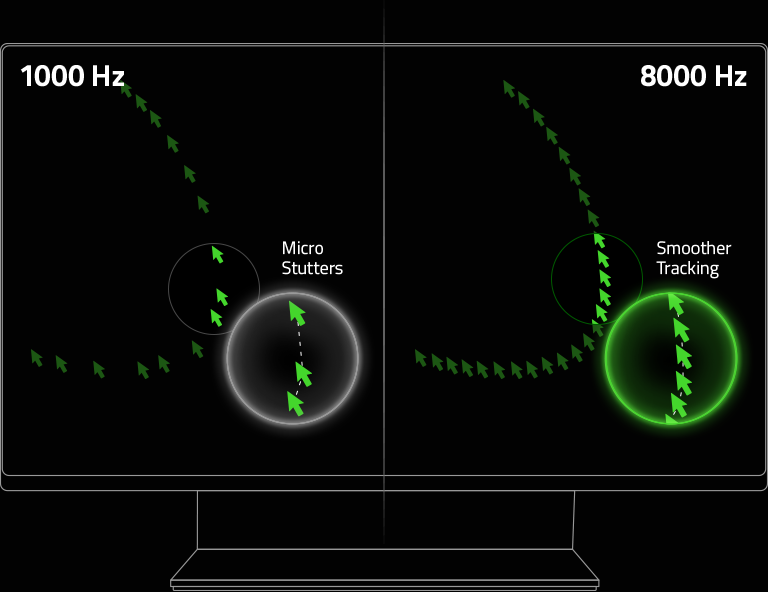 The Viper 8K Hz mouse combines a sensor, a fast switching feature and also the polling rate that meets to provide the highest efficiency in games, and the click rate comes with faster performance and supports smooth use in games, so the player will not face jumps in games, as the mouse works to move smoothly.

The new rate of the mouse Viper 8K Hz corresponds to the height of the modern screens in the frame rate, where the effect of the polling rate of 8000 Hz appears, clearly when testing the mouse with a distinctive screen with a refresh rate of 300 Hz, and the gaming monitors Alienware AW2521H and Asus ROG Swift PG259QN at a rate 360 Hz update. The Razer mouse is among the versions distinguished for its fast response, amazing tracking capabilities, and low latency.

Mouse measures 4.99 inches by 2.27 inches by 1.49 inches, with a weight of 71 g, so the mouse comes with a somewhat heavier weight than the original version of the Viper, as it supports the distinctive cable with a greater thickness to accommodate the higher polling rate of 8000 Hz.

The Speedflex cable also has a more resistant design to support good traction, it also comes with a stronger design than the DeathAdder V2 Mini, and the mouse weight is also less than competing versions like the MSI Clutch GM30. 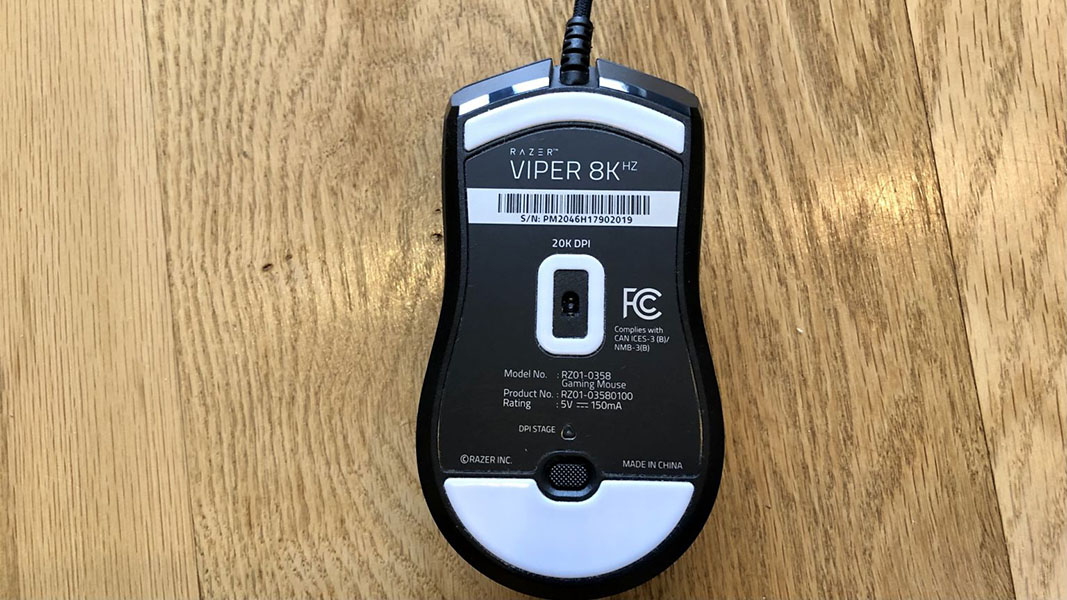 The Viper 8K Hz also supports moving more smoothly, and the design of the mouse base supports smooth movement as well, as it comes with an additional slider at the base, supports the control experience simulating the Roccat Burst Pro, but the Razer DeathAdder V2 Mini is lightweight and supports movement and control more easily.

The Viper 8K Hz features a symmetrical design on the left and right, with two buttons on each side, but players may not need all the side buttons often, as pressing the buttons on the right side leads to pressing the hand in an uncomfortable experience for the user.

Users are also expected to find a better experience when using the mouse with fingertips, but users with a large grip may have trouble clicking on the buttons on the right side by mistake. 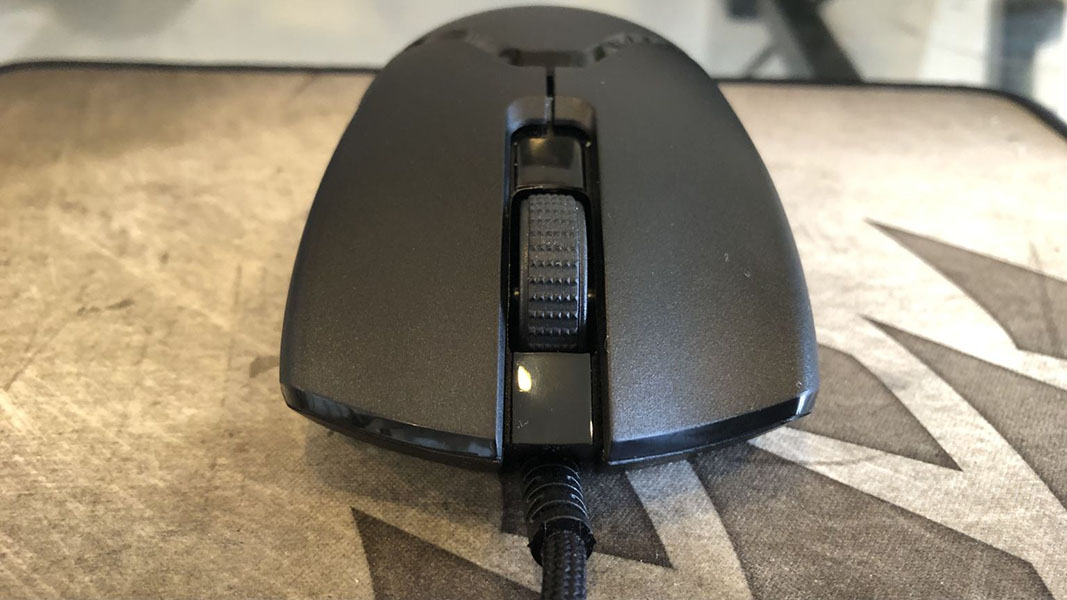 The Viper 8K Hz mouse also comes with 7 programmable buttons, with side buttons, also supports the mouse click on the right side, with the scroll wheel at the top, and the CPI key on the bottom side, a location that will slow down the adjustments during scrolling, except that the buttons The add-on will support seamless reprogramming of these tasks.

Also, this design supports to avoid accidentally changing CPI during gaming, and the distinctive gap in the smooth design to the bottom of the scroll wheel supports the comfort of the middle finger during play.

The side handles of the Viper 8K Hz are among the best specifications in the mouse, as they are integrated into the mouse structure, and are characterized by a strong and rubber design, and the scroll wheel supports working by touch, and also features a rubber design and a small bump, also RGB lighting is limited to the front of the mouse .

The Viper 8K Hz provided in the tests the 20000 CPI customization feature, a maximum speed of 650 inches per second, and a maximum acceleration of 50 grams, also when testing the mouse and comparing it with the Razer DeathAdder V2 Mini and Roccat Burst Pro, where the indicators appear in the Addder V2 Mini The Burst Pro are close to each other on the left and right, except that the indicators are spread out above and below.

While the indicators come in the mouse Viper 8K Hz more expansion, as shown clearly in the left and right sides, also with a rate of 8000 Hz has been updated the position of the cursor frequently on the screen.

Also, in the case of moving the mouse with fast performance at a distance of 1-1.5 inches, using the DeathAdder V2 Mini and Burst Pro, some gaps appeared between the path of the arrow, while these gaps disappear with the mouse Viper 8K Hz. 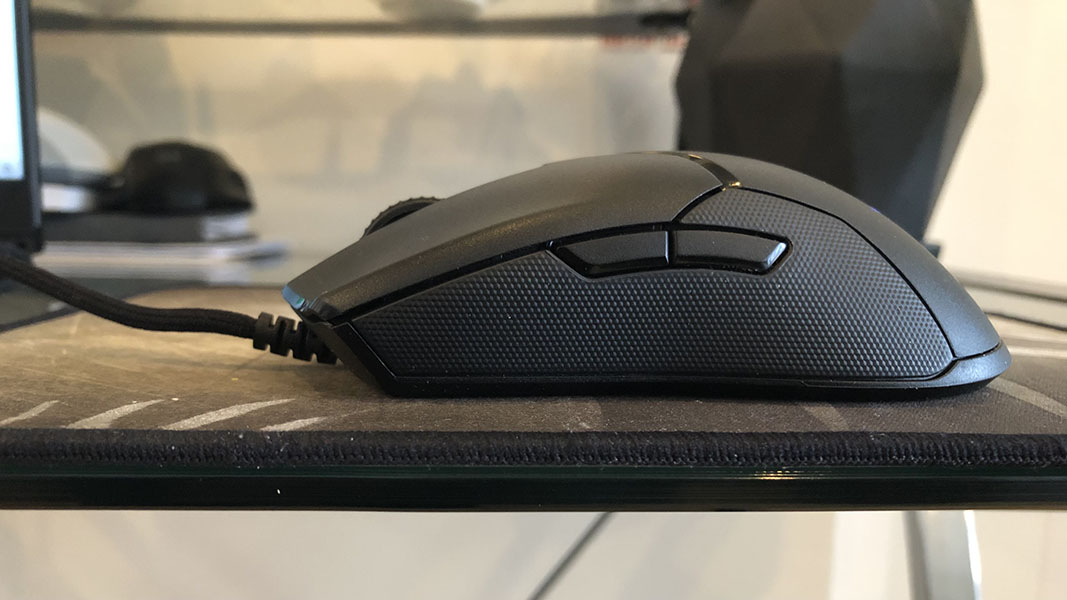 Also, Viper 8K Hz will provide fast and smooth performance in general in games, as it was provided with lowering settings to a low frame rate supported up to 339 fps with low movement, and with the game set at 240 seconds, the rate decreased to 212 fps.

So the mouse can work to send data to the computer with faster performance when playing directly. Also, the Viper 8K Hz mouse comes with a new generation of optical keys characteristic of previous generations of the Viper mouse, but the new generation of keys comes in a more tangible way.

The Viper 8K Hz also features a better experience and easier to click on the keys, which have a lighter design and a lower level of acoustics.

The Focus + also comes in the Viper 8K Hz mouse with some advanced features, as the Motion Sync technology improves the response of the sensor to enhance the tracking process, and also supports the user to set the start of the tracking in the mouse or the starting distance to support keeping the mouse at a low distance to prevent the cursor deviation.

The mouse also comes with a smart tracking feature, which will support calibration of the touchpad in the mouse for a higher accuracy of launch. It also comes with pre-installed Synapse software.

Polling rate can also be determined by software, Synapse will support programming all mouse buttons except for left-clicking, and secondary tasks can be assigned to other programmable buttons, and the software also supports CPI phasing, with settings ranging from 2, 3, 4 or 5 stages. With a light indicator that enables phase identification.

Synapse software can also specify 5 stages of profiles on the mouse’s memory, and RGB settings come in a limited way that supports use by opening the program, where the program can be set to run automatically in games, brightness can be controlled, and the interaction of lighting can be customized, and Chroma effects can be customized. Studio.

The polling rate of 8000 Hz comes in the Razer Viper 8K Hz mouse with a smooth and fast response, but it needs an advanced device with a screen that supports a high refresh rate to take advantage of the features of the mouse so it appears clearly at the rate of 300 Hz, and the mouse also needs a powerful graphics card.

Also difficult to use the side buttons of the mouse, and users will face difficulty in designing the mouse for those with large hand grips in particular, while the clicks are characterized by faster performance, the sensor Viper 8K Hz comes with a new upgrade, with a higher polling rate for the mouse and a price of $ 80.

The Razer Viper 8K Hz mouse for gaming reveals the effect of the polling rate of 8000 Hz to improve tracking of fast mouse movements with the powerful settings of the device, but the mouse includes some design flaws such as the location of the side buttons

The Model S automatically switches between stop, reverse and drive