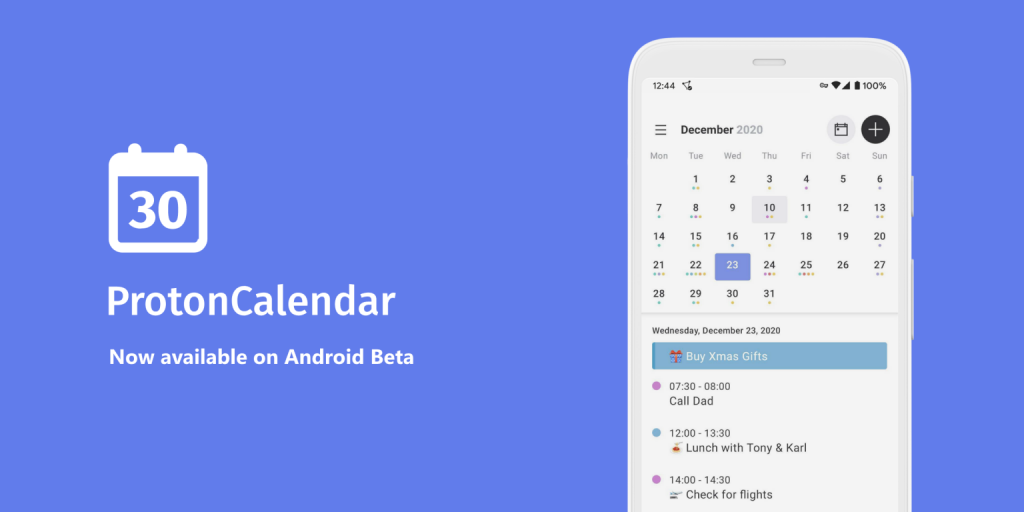 Proton is famous for its encrypted ProtonMail email service that protects the privacy of users’ e-mails, and about a year ago, the company launched its other service, Proton Calendar, which at the same time boasted of it being a fully encrypted calendar service, at that time the service was available on the web, and now it became available on Android and soon on iOS.

For its part, the application is currently available to ProtonMail or ProtonVPN subscribers and can be installed now from the Google Play Store, and although it is still in its beta phase, it offers most of the features provided by the web version.

Meanwhile, with Proton Calendar, you can now manage up to 10 calendars while allowing to create, modify and delete events, provided that any changes made within the application are synchronized to the web version and vice versa, in addition to that, there is support for dark mode and see what is included in The table at a glance by adding emojis to it.

And as we mentioned, the application is fully encrypted, meaning that all your data with the service is encrypted before it reaches the servers, and this ensures greater security and privacy. Finally, Proton indicated that it is working on more features in its application on Android, such as the ability to add participants to an event Responding to invitations, importing events, and regarding the launch of the application on iOS, it will be announced at the beginning of 2021. 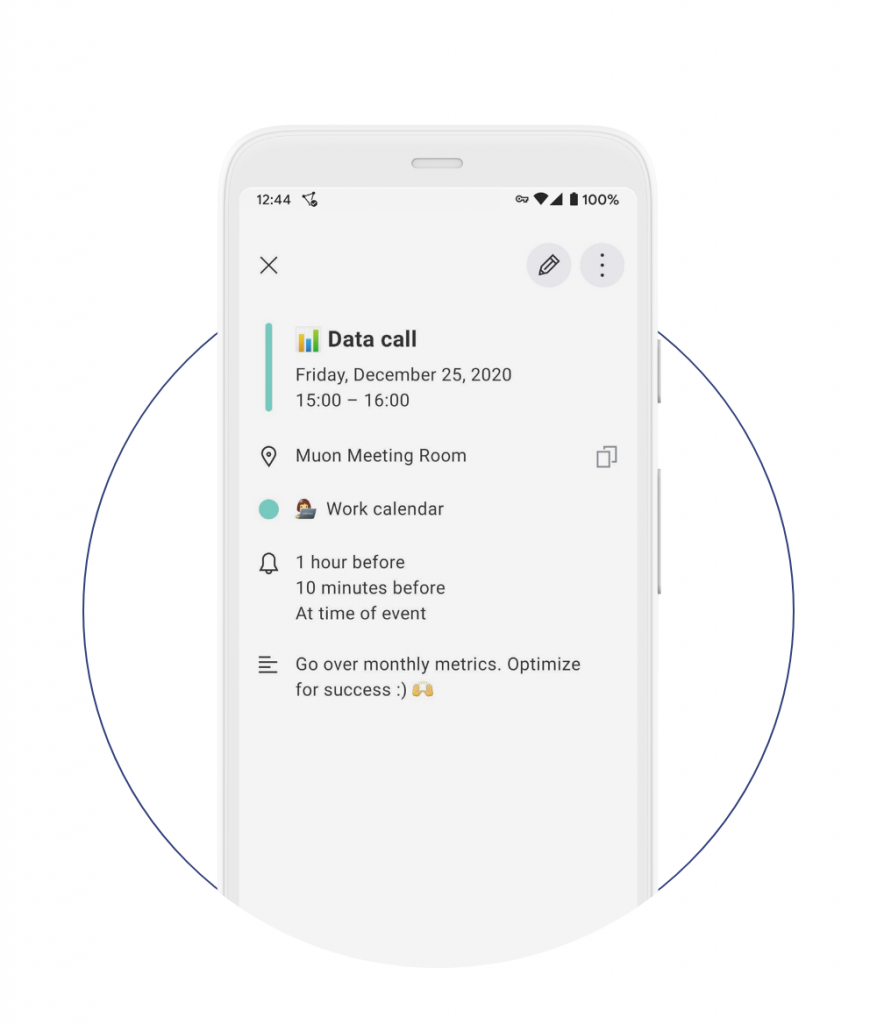