Finally at long last, Sony has launched the fifth generation of its popular video game console; Play Station. The PlayStation 5 launched on November 12, at which point it caused quite a stir considering that Sony has a huge fan base. What’s exciting about the PlayStation 5 is that the experience has been remodeled very significantly, from design to user interface, controllers and other great improvements.

Here is a review for PlayStation 5: 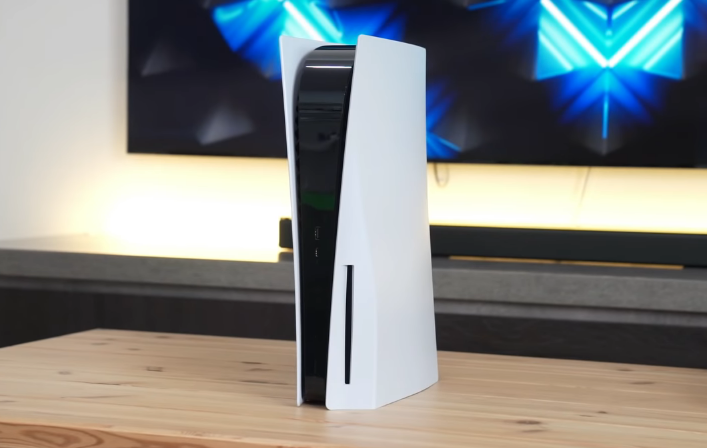 The PlayStation 5 comes with a large design (it is the largest PlayStation device made by Sony), but this large size is considered in favor of the device as it gives you better comfort and ventilation. The device is designed to be vertical, but this does not mean that you will not be able to place it horizontally, as Sony provided a plastic piece with the device to place it on the PS5 in a specific place so that you can install it horizontally with ease.

The PS5 measures 390 mm x 104 mm x 260 mm (width x height x depth), weighs 4.5 kg, and is available in white with a glossy black. One of the interesting elements of the design is that it is equipped with the system’s soft lighting effects, which create a mixture of calm colors (blue / white / orange) when the device is turned on or in rest mode.

The device comes in two versions, the disc version that contains the Blu-Ray disc reader, which shows this part when the device is in the horizontal position, and the digital copy that lacks this part and comes with dimensions of 390 mm x 92 mm x 260 mm.

As for the ports, the front of the PS5 contains a USB-A and USB-C port, while the back contains two USB-A and HDMI 2.1 ports, an Ethernet port and a power port. There is also a slot for an NVMe SSD. 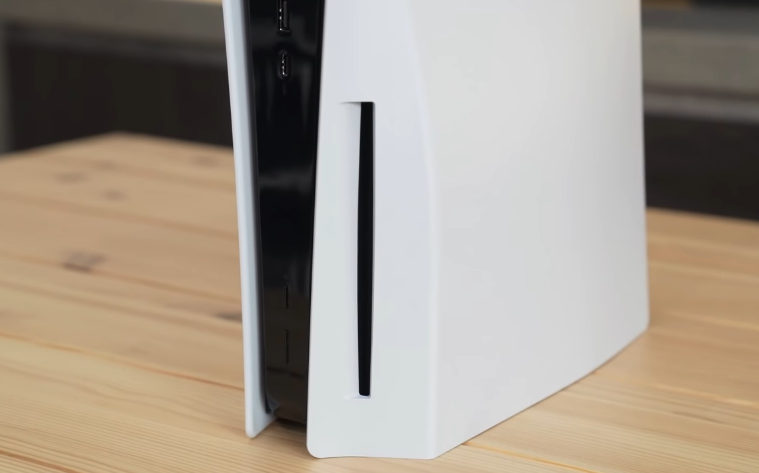 The device also has ventilation holes on the front and the back, which contribute greatly to reducing heat problems during long gaming periods, and the nice thing about it is that the fan’s sound sounds very quiet, unlike the loud fan sound that users encountered with the PS5. 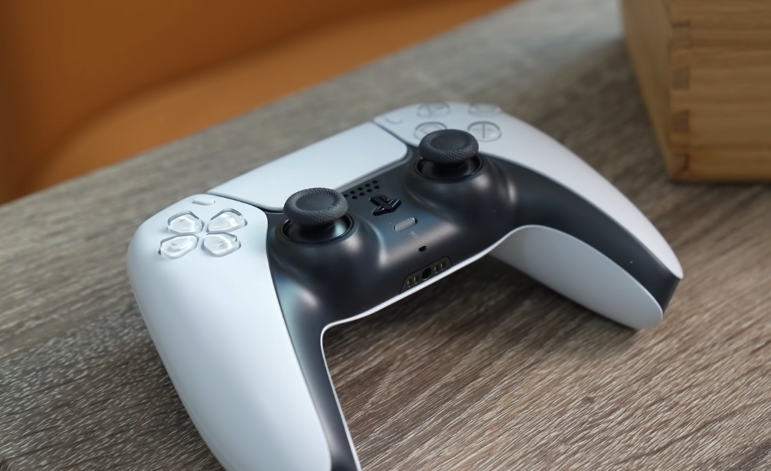 One of the coolest things Sony has made with the PS5 is the new and advanced controller, which has been dubbed DualSense instead of DualShock, and this controller brings terrible radical changes to making your experience with PS5 more than amazing.

Let’s start with the buttons, this joystick comes with buttons that are larger than the joystick buttons in previous versions. The tactile feedback technology, combined with the motors, gives real effects and resistances that make you feel every moment in the game in your hands. For example, when you tighten the bow with the L2 button, you will feel as if there is a thread surrounding the button from the inside, and you will also feel as if you have already fired the arrow when you press the R2 button. The same applies to firearms with the resistance of the joystick, you will actually feel this when you press the trigger, for example.

There is also the Creat button, which carries all the advantages of the previous Share button in addition to 4K quality as well as editing and publishing photos and clips without having to go to a separate application.

Moreover, there is a microphone slot in the control arm through which you can speak clearly while playing games, and you can mute the sound by pressing the button below the Home button. The light bar has also been moved to the touchpad. 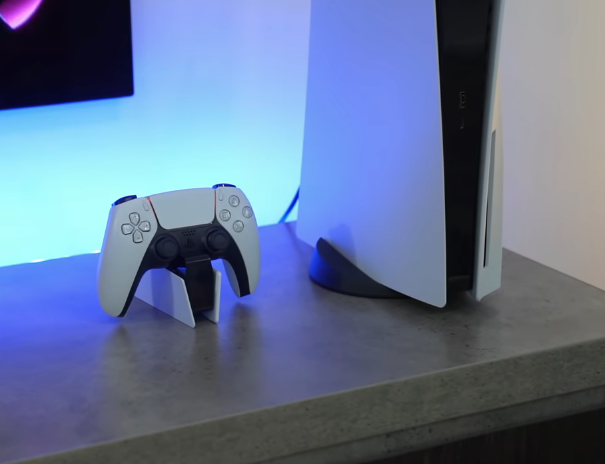 One of the most important features of the console that Sony has added is “Haptic Feedback”. It is a tactile sensor technology that makes you integrate with the game more and through it you will feel the effects that we mentioned above in addition to the places of spaces when you walk on the sand or on the ice while playing.

As for the joystick battery, it is pretty much good, as it continues to work for a few days after a single charge. 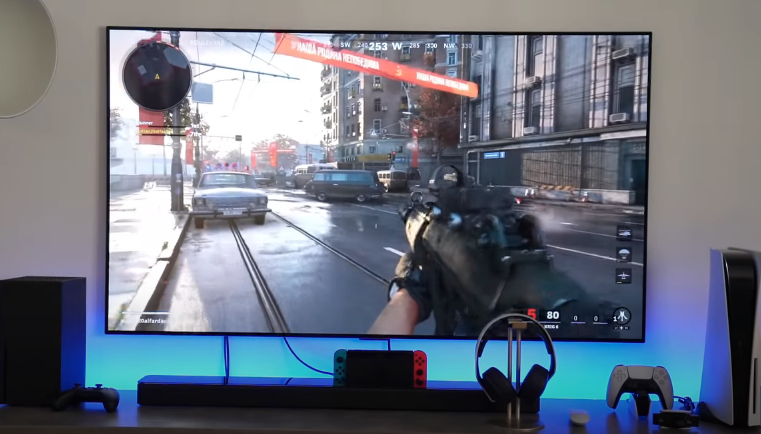 The device also comes with 16 GB of random GDDR6 memory, with an internal storage space of the NVMe type SSD at huge speeds because it comes from the fourth generation of the interface PCIe 4.0, and the total internal space of the device is about 825 GB, but what you can use is only 667.2 GB (By deducting the system space of the device).

The device is characterized by super speed, which improves your experience while playing or using applications, and the most important thing is that it not only stops at the limit of high speed, but also offers a wonderful feature, namely the “activities” that exist as a window within the Control Center, which allows you to directly access tasks or Smoothly past or current stages or regions that you want to visit.

Moreover, when you press the Home button twice in a row, a window appears that gives you specific advice to bypass this area, and to know the comprehensive guide, several clips will appear that guide you directly, where you can browse them without the need to exit the game.

It is worth noting that you can use the USB ports to connect an external storage disk and install games on it normally, but you will not get the same lightning-fast download times that you get from the built-in SSD inside the PS5. 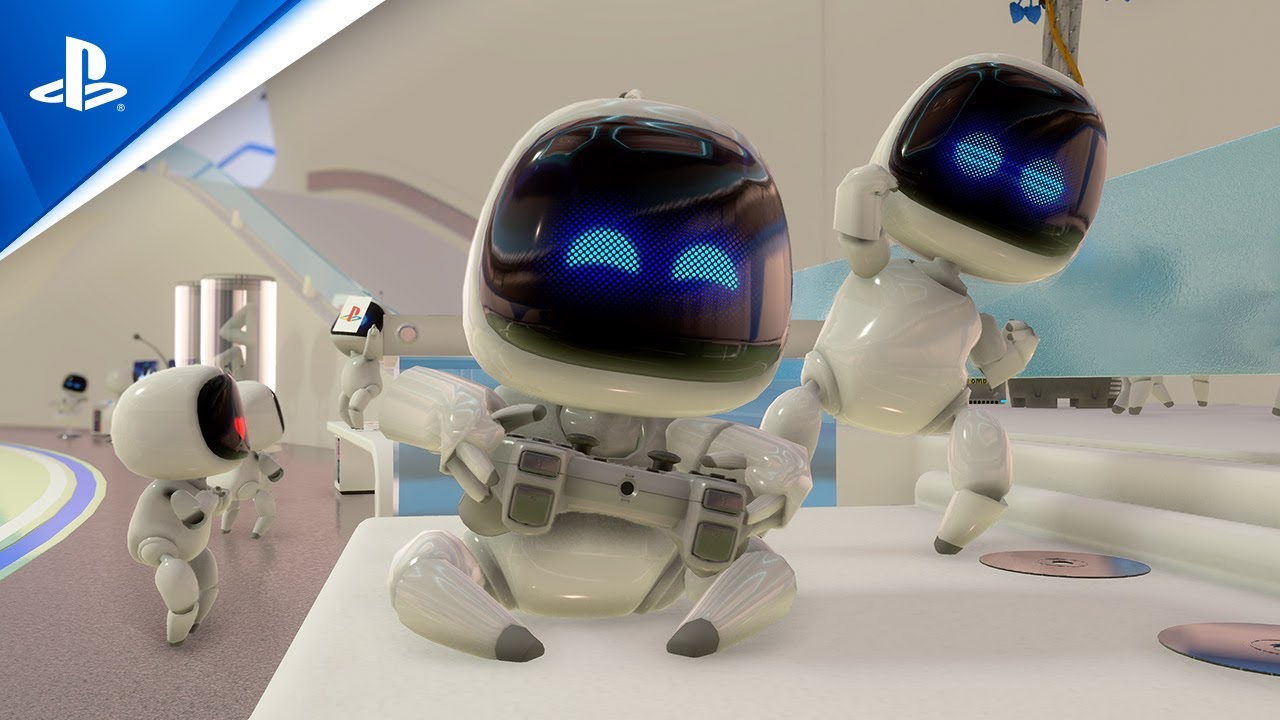 One of the games that highlight the efficiency and technology of PS5 is Astro’s Playroom pre-installed on the device, as the Dual Sense controller elevates Astro’s Playroom from being just an entertaining platform game to an exceptional experience. The first thing you’ll notice is the vibrations. The first level of the game begins with Astro setting off on a waterslide before getting splashed with some water and walking along the beach. Here you feel every moment in your hands. It is difficult to express it in words, but for example when you are landing in the water, you will feel a feeling that sounds as good as falling in the water. And also when walking across the beach, there is an effect that will make you feel sandy. Vibrations alternate between the left and right sides of the console as the Astro walks, until you feel each step. These effects continue throughout the game. For example, the air blows past a flying car, the cracks of broken glass under your feet, the crackling of soft raindrops. Not only will it feel like it’s windy, but you’ll also be able to tell which direction the storm is coming from. And most of these sensations are also amplified by sound through the built-in amplifier of DualSense, the combination of vibrations and sound incredibly effective. 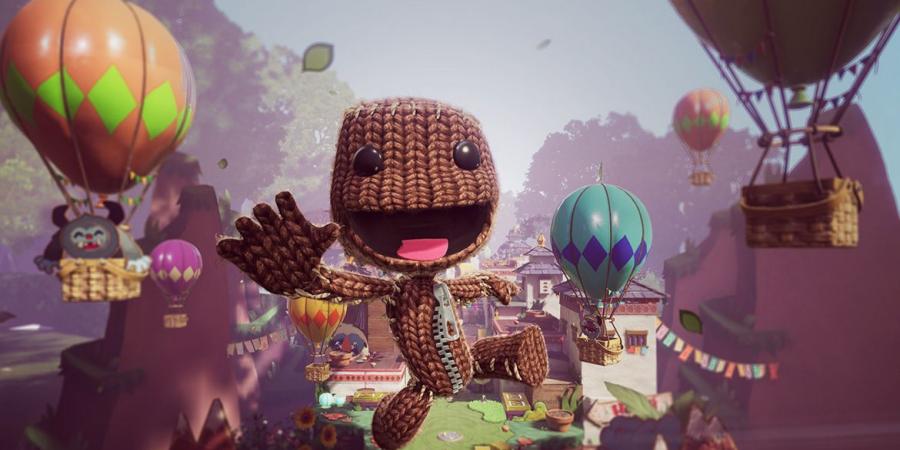 As well as the game Sackboy: A Big Adventure, which comes with a three-dimensional camera and also highlights the capabilities of the new generation of Playstation and is bound to attract many players. 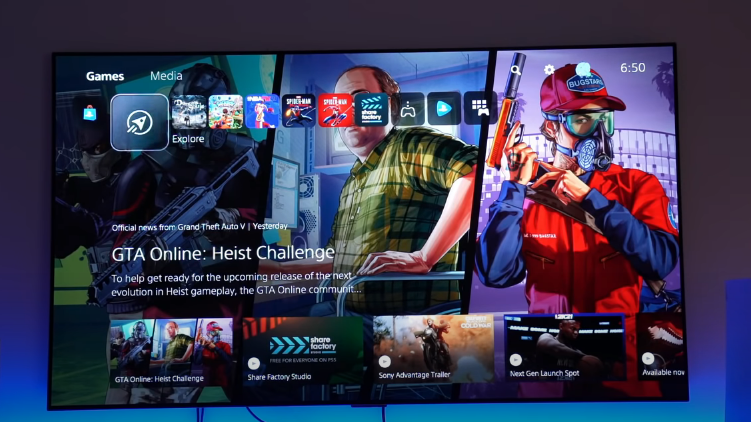 The PS5 comes with a new user interface that provides super smoothness with your experience, and one of its most prominent advantages is the speed of direct movement to all the system menus while playing with ease and without any impact on the performance of the game, in addition to being organized in an orderly manner (you can also customize the menus and arrange them) not to mention the transition quickly Super between separate menus and back in the game.

Do not forget that you will need a screen that supports 4K resolution at 120 frames per second and also VRR to enjoy the PS5 experience.

It is worth noting that the PS5 supports HDR10, but does not support Dolby Vision or Dolby Atmos (with games only. It is available with movies normally). 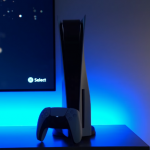 The PlayStation 5 is a superior device in all respects, Sony has added extraordinary capabilities with this generation to give you an unparalleled experience with gaming, as well as an advanced DualSense controller, which contributes greatly to making your experience exceptional. The size of the large device may not be liked by some users, but in fact, this size is in favor of the device, as it is designed for the comfort and ventilation of the PS5 well. On top of that, there is a varied list of games awaiting you at the time of launch, which will undoubtedly teach us more about the features and capabilities of the PS5.