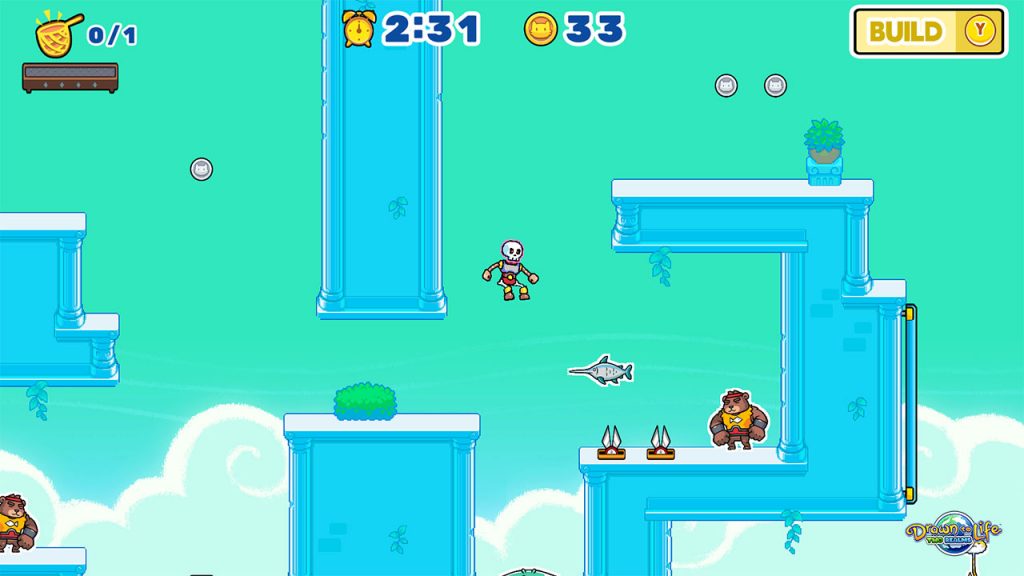 In 2007, it was the beginnings of the series Drawn to Life Games On the Nintendo DS platform, and in the following years, the series witnessed other releases as a complement to the main version, to be eventually sold to 505 Games, and at earlier dates, the company announced that it intends to launch a new title from the series on mobile phones and the Nintendo Switch and Steam platforms on the 7th day. Dec.

This is what actually happened, as it was officially announced that Drawn to Life: Two Realms would be available on both Android and iOS operating systems, Steam and Nintendo Switch, as a continuation from where the last title stopped.

In turn, the Two Realms version will be an action game, where you will design your own hero that you can decorate, as you pass the levels of play by using a new mechanic for the game mode, and this will help you complete your goals on the platform.

The wait is over! Drawn to Life: Two Realms is out TODAY on Nintendo Switch, Steam and mobile.

What are you waiting for… it’s time to help the Raposa! pic.twitter.com/rY8qikJIM8

Finally, and as noted in the above tweet, this game is available on the Android operating system and the other operating system iOS for $ 4.99, which is five dollars less than the Steam and Nintendo Switch versions, and when we talk about the features, there is support for the manual control panel, as well Control of the game is through the touch screen, however, the platform of the game will be more responsive with the console.

Notice is a simple RSS reader that does its job