LG officially announced today its LG Wing, which is powered by the Snapdragon 765G processor chip.

A new vision in the design of smartphones is presented today by LG in its new release, the LG Wing, while manufacturers have moved to develop phones with foldable screens, LG offers the LG Wing phone with two screens, where one of the screens supports rotating with the letter T to provide the user with better support Too many tasks. 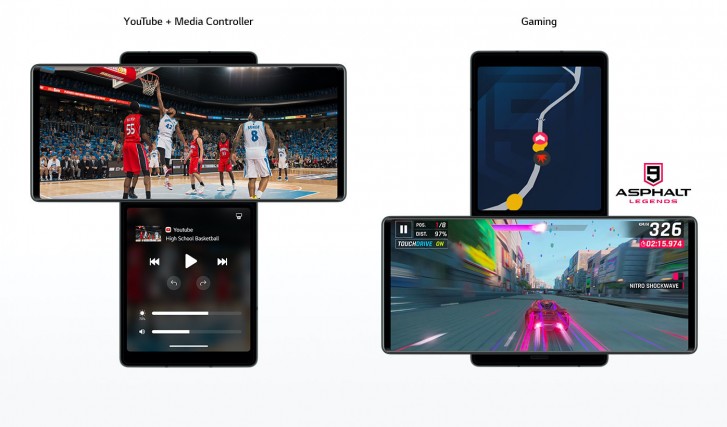 The LG Wing phone is part of the LG Explorer project, with which the company aims to develop unconventional and innovative versions in smartphones, and LG has confirmed a new partnership with Qualcomm and the Naver search engine, and the Tubi and Ficto live broadcast platform to make greater use of the new design. In this version.

The LG Wing phone features a 6.8-inch main curved P-OLED screen, which supports FHD Plus display quality, and comes in 20.5: 9 dimensions, while the selfie camera comes with a 32-megapixel pop-up design.

The secondary screen G-OLED size of 3.9 inches, the quality of the display FHD Plus, and the dimensions of 1.15: 1, also with this dual design in the screens The phone does not support IP standards in water and dust resistance, but the screens are designed with a waterproof layer.

The LG Wing phone can support the user with a design that mimics traditional phones, while providing more tasks when rotating the screen, as LG confirms that the phone will be the best choice for displaying video content while on the move, as the secondary screen separates notifications and messages from the screen when viewing video content to support The user has a better experience. 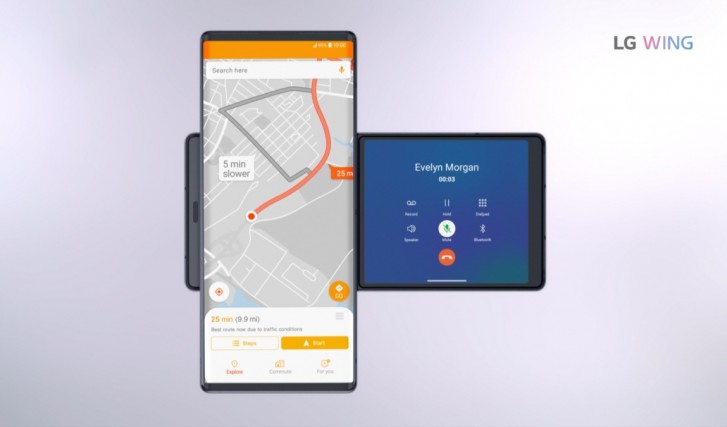 LG also explained in its announcement that the LG Wing phone features two mechanical and hydraulic locks that absorb shock, and supports the rotation mechanism used up to 200,000 times, and the phone features measurements of 169.5 by 74.5 by 10.9 mm, and a weight of 260 grams.

The LG Wing phone includes a 64-megapixel main camera, a 12-megapixel wide-angle sensor with a special rotating pattern, a 13-megapixel sensor with wide viewing angles, and the camera comes with a gimbal style for a virtual joystick on the secondary screen.

The LG Wing also comes with a Snapdragon 765G processor, with a random memory of 8 GB RAM, a storage capacity of 128 or 256 GB, a battery capacity of 4000 mAh, and the phone also supports wireless charging.

It is reported that the LG Wing phone is available exclusively in the US market through Verizon first, and then both AT&T and T-Mobile, but the company has not set a date for the availability of the phone, also LG has not revealed the price of the LG Wing phone yet.

Twitter is accused of double standards over banning tweets