Facebook, Blueprint, revealed details of the specifications and design of the upcoming Oculus Quest 2 virtual reality glasses, and reviewed the upgrade offered in this version.

Oculus is preparing to launch the new version of the Oculus Quest 2 virtual reality glasses with a new upgrade, and Facebook Blueprint has revealed a series of images and videos that emphasize a lighter weight design to provide a more comfortable experience for users.

The Oculus Quest 2 design is based on fabric layers as an alternative to plastic layers to support this version with a lighter weight, and the Oculus Quest 2 virtual reality glasses comes with an integrated all-in-one design, with a new Snapdragon XR2 chip from Qualcomm, which offers stronger performance than the Snapdragon 835 chip used in Quest. Original.

The Snapdragon 835 chip was developed from the beginning to support smartphones, while the Snapdragon XR2 chip was mainly designed to support virtual reality glasses, with the aim of supporting glasses with better performance, and the new chip also supports 6 GB RAM, which is an upgrade from the original version that came with 4 random memory GB RAM.

The virtual reality glasses Oculus Quest 2 also feature a storage capacity of 256 GB, to support storage for more applications and games, and Oculus also supports this version with a 50% pixel upgrade, as it features 2K accuracy in each side, and the screens in the glasses support a 90Hz refresh rate. 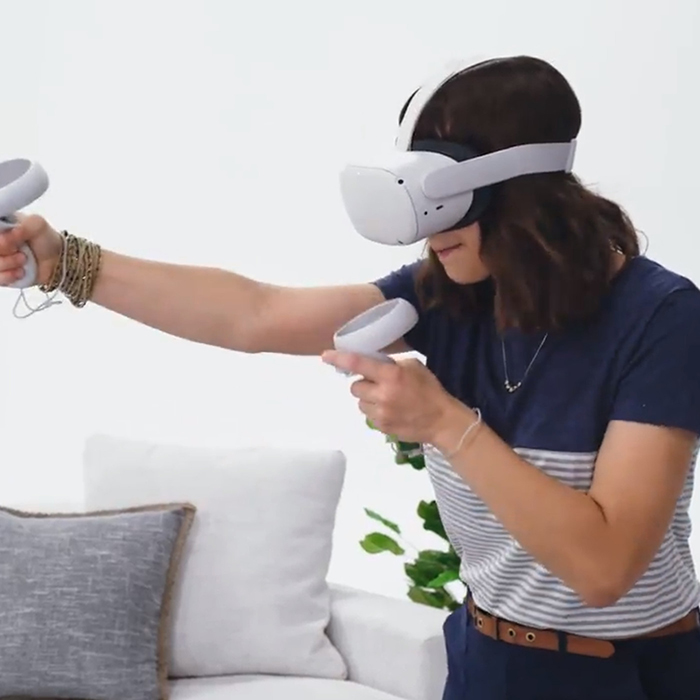 The controllers in Oculus Quest 2 also come with a new upgrade, providing the user with a smooth and more comfortable experience, and the glasses will also allow in some tasks or in specific cases to rely on hand tracking as an alternative to the controllers.

Oculus Quest 2 glasses also come with an audio upgrade as well, with 3D audio that supports the user with an immersive experience with multi-directional sound, and the company is expected to provide more details about this version soon during the official announcement.