During the Sony event held yesterday, Capcom announced the special edition of Devil May Cry 5, which is available in conjunction with the launch of the PS5 in the market, and comes with support for a refresh rate of 120 frames per second.

The Sony event launched recently to announce the date of availability of the new PS5 game console in the market, and also revealed the games and titles that will be available later with the game console, which include the special edition of Devil May Cry 5. 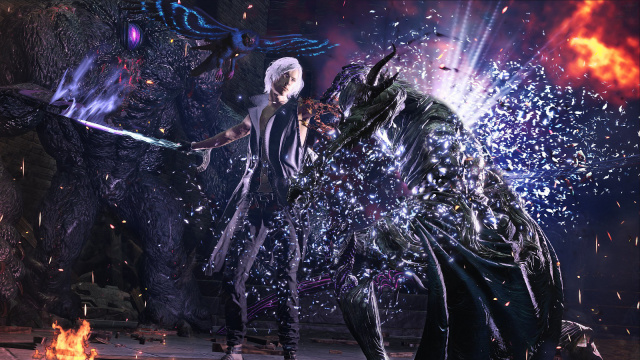 The main version of Devil May Cry 5 was launched during 2019, while the special version is coming soon to take advantage of the new features in PS5, which include ray tracing, shading, with realistic lighting, and players will also be able to choose between 4K resolution at 30 flies per second. With a special mode to support 120 fps refresh rate.

Also among the features provided in the special edition of Devil May Cry 5 is a feature that supports the ability of the Vergil character to play, which is one of the features required by many users since the launch of the first version, also the feature will be available to users independently of the PS5 by downloading as content on old gaming devices Worth $ 6.

The special edition of Devil May Cry 5 also comes with Turbo mode, which will allow the games to run at speeds 1.2 times higher than the traditional speed of the game, and Capcom introduces a new level of difficulty in the game known as “Legendary Dark Knight”, but this level of difficulty will require The new PS5 game console to take advantage of the speed of memory, and the PS5 of this version also provides 3D audio for an immersive experience.

Bose turns its QC 35 II into a gaming headset

The best deals and discounts from Amazon Saudi Arabia this week