Apple today launched its new version of the iPad Air for the year 2020 with a design that mimics the iPad Pro, with Apple Pencil support, which is available next month at a price of $ 599.

The iPad Air announced today from Apple features a very thin design at the edges that surround the screen, it also houses a 10.9-inch Liquid Retina screen, a display resolution of 2360 by 1640 pixels, with support from True Tone and resistant coating. 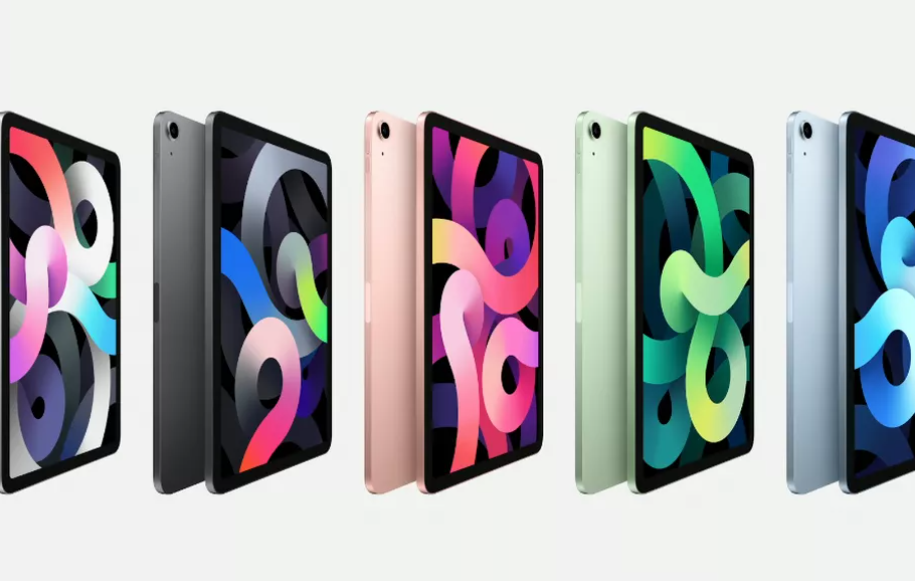 The iPad Air also comes with a Touch ID fingerprint sensor in the power button at the top of the device, and the iPad Air features an A14 Bionic processor chip with a 5-nanometer precision, and 6 cores, which include 11.8 billion transistors, as Apple confirms that the new processor It will provide 40% better performance than the previous version of iPad Air, with improvements in the graphics card thanks to the quad cores.

And Apple confirms that the new processor chip comes with the best performance presented in processor chips so far, as it supports high-speed performance in machine learning, which can provide better support in various applications, as Apple has confirmed support for application developers to take advantage of the performance of the new chip in applications .

Also, Apple is moving to use the USB-C port in its new version of iPad Air devices, and this version also supports a 20W charger, and this version comes with a distinctive 12-megapixel rear camera that was presented in the iPad Pro, which comes with the advantage of supporting optical video stabilization.