AMD today reviewed the reference model of the Radeon RX 6000 graphics card, which revealed significant improvements in the cooling system made by AMD in the next generation Radeon graphics card.

The competition between AMD and NVIDIA continues to dominate the graphics card market, as NVIDIA prepares to reveal the GeForce RTX 3080, while AMD today offers some hints about the features of the next generation of the graphics card that comes with the Radeon architecture. 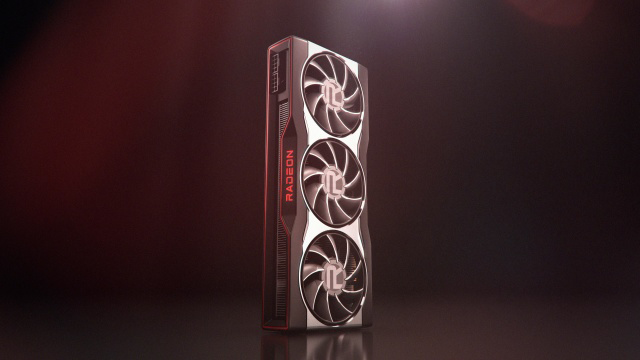 AMD has shown today a reference model of the “RX 6000” Big Navi graphics card, which reveals a clear upgrade in the cooling system that comes with a lower level of noise with better performance.

The new reference version differs from the Radeon RX Vega, which came with a high level of noise, while AMD offers clear improvements in the cooling system in the RX 6000, as it includes three axial fans designed to support airflow more efficiently and quietly.

The reference model of the RTX 3080 Founders screen card has been spotted with fans with a design that supports pushing air to the card, so it is expected that the actual experience will confirm the efficiency of the cooling systems in the performance of the graphics card later.

On the other hand, the reference model comes from the RX 6000 graphics card, with 8 double-pins in the connectors, and the RX 6000 will be based on a 7-nanometer manufacturing precision with the Big Navi RDNA 2 architecture, with 50% improvements compared to the first generation of Navi chips.

AMD also offers real-time ray tracing technology in games to be compatible with NVIDIA technology, along with a host of other features to support games, which AMD will be reviewing at the official event on October 28 to announce the Radon RX 6000.

Price and specifications of the Xiaomi Poco X3 NFC phone