Bose developed Sleepbuds II wireless headphones with the main aim of supporting the user when sleeping, which is an improvement over the company’s original release.

Sleepbuds II is Bose’s second edition of the series that specifically aims to focus on the user’s sleep experience.

The company has added a set of improvements in this version compared to the previous version, and in the following lines we review the features of Sleepbuds II, with the most important improvements or negatives that were spotted with the Sleepbuds II experience.

Sleepbuds II also comes with performance improvements compared to the previous version of the company, which faced some problems in performance, also with enhanced performance, Bose offers a design that supports the user with a comfortable experience in use, as the small design of the wireless headset supports the sliding of the headphone into the ear to achieve the main goal of wireless headphones To sleep more efficiently. 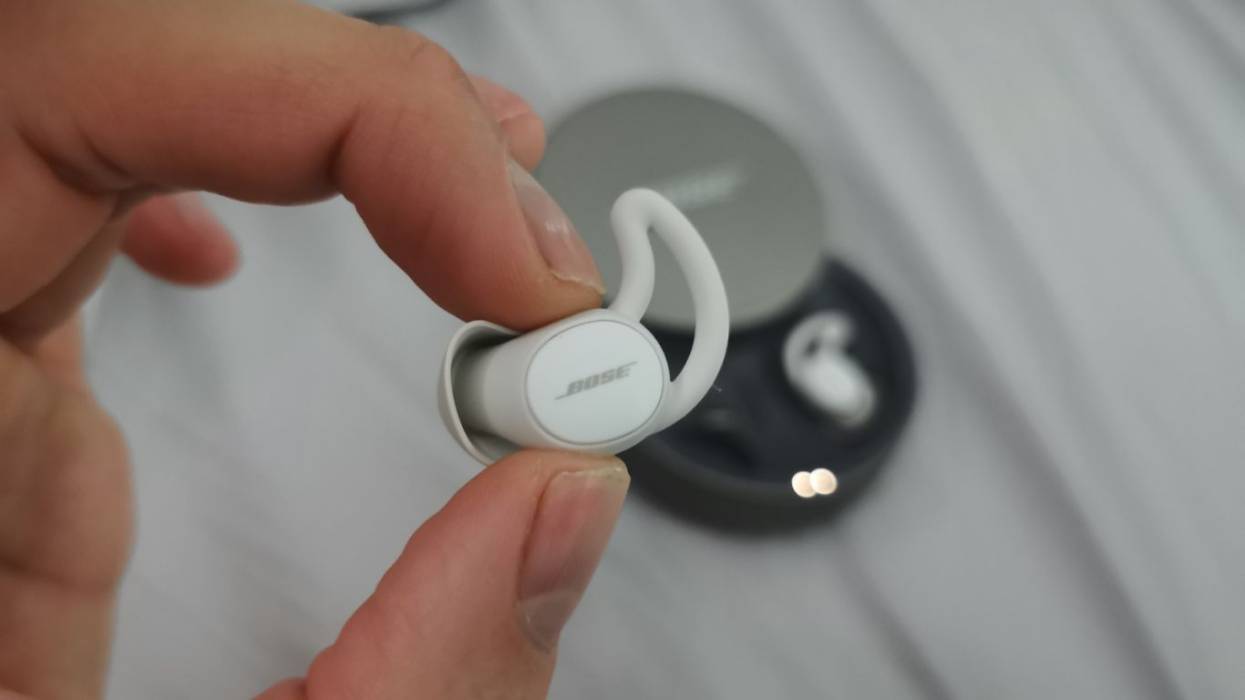 Bose has made sure to design the Sleepbuds II with higher sensitivity, with a very light design and a weight of 1.35 grams on each side of the headphone, and the headphone has a depth of 6.35 mm, and it is planned to support this design used to reduce the feeling of friction when placing the head on the pillow.

It also supports the new sleek and ultra-soft design of the silicone heads used for a comfortable sleep experience, as the headset is designed to equalize pressure to block noise more efficiently.

Bose also offers a charging case for the Sleepbuds 2 with a metal aluminum design, which adds a charging life to the wireless headphones of up to 30 hours, and the case comes with a USB C port for charging, which is one of the new upgrades provided by the company for the wireless headset.

The magnetic connectors inside the charging case also support the fixation of the headset well, and the case comes with orange lighting to reveal the charging status, also the case is characterized by a smooth and fast experience in the closing mechanism.

Sleepbuds II supports the user in isolating noise or external sounds, so that the user can enjoy a better sleep experience for a longer time, the headset also comes with a companion app to support the user in controlling the headphones with a smooth experience, and Bose offers the headset with 35 tones and sounds that support the user with a better relaxation and sleep experience, It’s also an upgrade from the previous version, which featured 10 relaxing notes.

Sleepbuds II differs from traditional versions of bluetooth headsets that target music playback, as they are mainly designed to mask external and surrounding sounds and replace external sounds with sounds that relax the user.

So the wireless headphones only work through the accompanying Bose Sleep app on the phone, also the headphone will not support pairing with external platforms to broadcast music, and the Bose Sleep application also comes with a smooth experience of use, as the application is characterized by a limited design, with limited and flexible controls.

The application is also scheduled to provide the user with information about the quality of the connection, the status of the battery in the headset, and the available audio to support the user with a better sleep experience.

The acoustics in the application are also classified into three sections: noise production to isolate external acoustics, the external noise section, and the Naturescapes section, which supports the user in relaxation, and the 35 new acoustics proficiency were also tested, which ensure calm and relaxation. 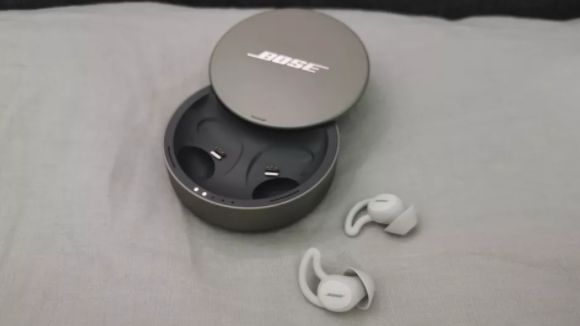 The Bose Sleep application offers a Sleep Timer option in the general settings, which supports setting a time for playing the audio in the speaker, which starts from 30 minutes up to the user’s full sleep period, and the user also has an option to set alerts to wake the user with gentle tones in the morning.

Also, practical experience confirmed the efficiency of Sleepbuds II in completely blocking external acoustics, replacing acoustics and surrounding noises such as animal sounds, annoying neighbors’ noises, or traffic noise that are completely blocked and replaced by quiet and relaxing sounds.

Sleepbuds II offers amazing performance in completely blocking noise, but it comes with a negative aspect in storing audio directly on the headphone, so the user can store a limited number of sounds in order to save battery capacity, so the user will need to transfer the required new acoustics to the headphone at the beginning. every-time.

Also, the user will have to delete the stored audios to add audios that exceed the capacity supported by the speaker, which reaches only 10 audios.

On the other hand, the battery in Sleepbuds 2 supports the user well, providing 8 hours of playback during sleep, with a 75% acoustics level, as the battery charge has dropped to only 50%.

Sleepbuds 2 combines design with distinctive performance that supports the user to have a relaxing and good sleep experience and block out noise and surrounding sounds, as it delivers better performance than traditional earplugs.

However, Sleepbuds 2 is not the best choice for many users with a high pricing level for a headphone that comes with limited functions in the end in playing audio.

Bose introduced Sleepbuds 2 with improvements from the previous version with higher performance efficiency and noise cancellation, a greater number of acoustics, and a distinctive design with a comfortable user experience, but it is characterized by a high pricing level with limited features.

ZTE Axon 20 5G smartphone review: the world’s first phone with a camera under…